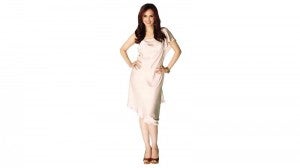 LUCY Torres-Gomez says she knows how her pork barrel was spent.

“Say what you want about him. I know him to be a good person,” Leyte fourth district Rep. Lucy Torres-Gomez said of Sen. Jinggoy Estrada, who has been implicated in the P10-billion pork barrel scam.

At a media gathering for her new talk show on TV5, “Showbiz Police,” Gomez recalled that Estrada was swift to respond when she sought his help in 2010 for the construction of a school building for her constituents.

“Right away he gave an entire building to my district. He didn’t ask for anything in return, and I respect him for that,” she told reporters. “At the time, I was a newly-elected congresswoman.”

The building was reportedly inaugurated as part of the New Ormoc City National High School in March 2011.

But she and Estrada didn’t start off on the right foot, the TV host-politician admitted. Her actor-husband Richard Gomez and Estrada figured in a fistfight during a basketball game at the 2003 Star Olympics, which led to a legal tussle.

“Nakilala ko siya in the wrong way dahil nagkalaban sila ni Richard. But through the years, I got to know him better… Should people ask me now if Jinggoy is a good person, I will say ‘Yes’ because that’s how I know him,” Gomez said.

With show biz personalities such as Estrada and Sen. Ramon “Bong” Revilla Jr. in the spotlight after being charged with plunder for alleged misuse of their pork barrel funds, was Gomez worried that the issue would put other actors-turned-politicians in a bad light?

“It’s unfair to generalize [based on the actions of a few]. In Congress, when someone shines, it’s good for the institution. When someone commits a mistake, the whole institution is branded as dirty. It’s not fair, but that’s how it goes,” Gomez pointed out.

She expressed confidence that her name wouldn’t turn up on the list of erring legislators. “I know where [my pork barrel] was spent. Everything should be transparent. It’s important to remember that we are public servants, and therefore accountable to the people for everything we do,” she stressed. Congressmen are allocated P70 million each year.

Although Gomez agreed that the graft-tainted pork barrel system was abused and should be thoroughly investigated, she hoped that it wouldn’t get abolished.

“The pork barrel is a way for us representatives to address the needs of our constituents, which the government can’t [do]. That’s how we grant scholarships, give medical assistance,” she explained.

However, she added: “It’s not a perfect system, but we have the President (Aquino) who wants to fix and clean things up. Now he wants to abolish it, but I’m sure he has thought about it carefully. As someone who believes in the President, sunod tayo.”

No pressure
Meanwhile, as host of “Showbiz Police,” the soft-spoken Gomez said she was happy that management wasn’t forcing her to be someone she’s not.

“Malumanay ako, and they don’t ask me to be loud or controversial,” she said.

She promised that the show—which she cohosts with Cristy Fermin, Raymond Gutierrez and Jose Javier Reyes and which airs Saturday evenings on TV5—wouldn’t sensationalize issues or concoct stories for the sake of ratings.

“We will stick to the truth; We will get both sides of every story. And we certainly don’t have sacred cows,” she said.