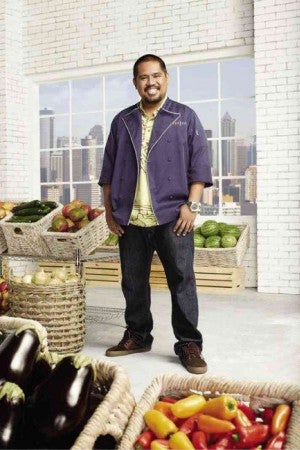 Luck was clearly on our side last week, as we idly channel-surfed for interesting TV programs to watch: As we paused to see what was showing on the 2nd Avenue channel, we realized that we had stumbled on an unusual edition of the “Top Chef” cooking competition.

The reason? Because one of the two competing teams of cooks had opted to vie for the judges’ nod not with the usual degustacion fine-dining meal of European classics or “fusion” cuisine, but with a lineup of Filipino dishes!

To see this happening on an “international” TV program watched by many food lovers all over the world was nothing less than a jolt—but it was a welcome one that gave us an upbeat feeling, because it could go a long way in spreading the good word about how delectable some of our well-loved Pinoy dishes are.

The competing team in question opted to feature its versions of Filipino dishes, because it was headed by a Fil-Am chef, Sheldon Simeon, who was tasked to open a new restaurant that he opted to name Urbano.

In keeping with the “urbane” monicker, the resto offered, not traditionally “provincial” fare, but modern spin-offs thereof, updated for a less parochial palate.

It was followed by other dishes that similarly updated traditional Pinoy fare “reimagined” for more sophisticated tastes, again without losing their unique reason for being—and being cooked!

The main dish was our version of the adobo, which was refined and deconstructed—but, only up to a point.

It was this particular dish that the “Top Chef” jurors raved about, as they savored its delectable taste and subtle combination of textures.

At the end of the meal came another surprise—our halo-halo, but with its ingredients showcased separately, and without the shaved ice. Huh? That sounds a bit strange, and even ornery—but, again, the judges loved it.

At the end of the competition, it was clear that our “Urbano” team had gotten the most raves, but their best efforts were compromised by the low mark that that their (American) head waiter had scored, because he didn’t give the jurors enough information about the dishes and how they were created and prepared.

As a result, the judges were ticked off in a big way—and that’s what you don’t want to happen when you’re competing in a big-deal cooking tilt!

Thank goodness, when they finally announced their verdict, the judges opted to celebrate cooking talent rather than get subjectively distracted by lousy, insensitive service—and Simeon went home with a new car!

In addition, we hope that the telecast made some people interested in sampling Filipino cuisine, either of the traditional or “updated” sort, the next time they went on a gustatory adventure.

If that happens, everybody wins!