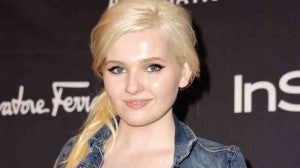 ABIGAIL Breslin, “Little Miss Sunshine,” is all grown up. AFP

LOS ANGELES – Juliette Lewis said she was “in tears” just thinking of doing a scene with Meryl Streep for “August: Osage County.”

Abigail Breslin is “Little Miss Sunshine” no more; she has grown into a voluptuous young woman.

In one corner of the posh Windsor Arms courtyard ablaze with red orchids and candles, Juliette told us that a pivotal dinner scene in director John Wells’ adaptation of Tracy Letts’ Pulitzer Prize for Drama winner (Tracy also wrote the screenplay) took four days to shoot. Juliette, who plays one of the daughters in the Weston family of strong-willed women, remarked that she was very honored to be acting with the formidable Ms Streep.

Imagine a dinner scene presided over by the family matriarch, a sneering, pill-popping Meryl (in a tour  de force performance), and with such actors as Juliette, Julia Roberts, Chris Cooper, Benedict Cumberbatch, Abigail, Ewan McGregor, Margo Martindale, Dermot Mulroney and Julianne Nicholson. Julia, as the eldest daughter, holds her own against Meryl. Chris also stands out, especially in a scene where he rebukes his wife, Margo (also fine as Meryl’s sister). Sam Shepard is memorable in a cameo as the patriarch as well as Misty Upham as the new maid. 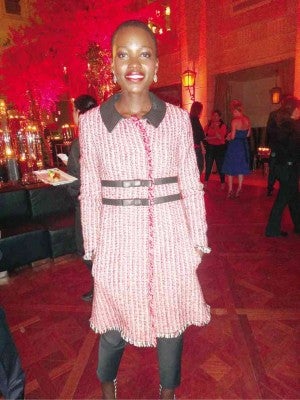 LUPITA Nyong’o draws raves for her breakout performance in “12 Years a Slave.” photo by ruben nepales

But the film itself is “stagy” and only occasionally comes to cinematic life. The film’s ending, different from the stage version, also left some critics grumbling.

Daniel Bruhl (remember the name) fielded congratulations for his portrayal of Formula 1 racing legend Niki Lauda in Ron Howard’s “Rush,” one of the best films so far this year. After seeing “Rush,” we tweeted right away that Daniel is a major contender in the awards season. The Spain-born, Germany-raised actor, who is quite a chameleon, also earned raves at TIFF with his other film, “The Fifth Estate”—the WikiLeaks origin story where he essays Daniel Domscheit-Berg, Julian Assange’s once-trusted lieutenant.
You may remember Daniel as the sniper-turned-actor in Quentin Tarantino’s “Inglourious Basterds.”
Speaking of Quentin and that film, Eli Roth (he played Sgt. Donny Donowitz), who directed the TIFF entry, “The Green Inferno,” came with his leads, Lorenza Izzo and Ariel Levy. Eli was beaming because Open Road just bought the US rights to his cannibal thriller. 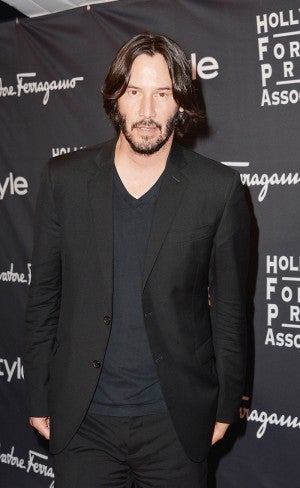 And talking about cannibals, Hugh Dancy and Mads Mikkelsen looked at home because, well, Toronto is their base for now while they shoot their TV series, “Hannibal.” Mads has the delicious title role, Dr. Hannibal Lecter.

Keanu Reeves was in a good mood, smiling often as he chatted about his directing debut, “Man of Tai Chi,” which made its American premiere at TIFF. Reeves also stars in the film with Tiger Hu Chen, who also graced the event.

Also set to direct his first feature is Demian Bichir, 2012 Oscar best actor nominee for “A Better Life.” He excitedly told us about his writing and directing debut, “Refugio,” about a circus-born man who goes on a journey to find his long lost true love. Demian came with his girlfriend Stefanie Sherk, whom he gladly introduced as part of the cast of the film he’s shooting later this year.

Among the standouts in the crimson-themed room were Jessica Chastain, who was in town for “The Disappearance of Eleanor Rigby”; Jennifer Morrison (“Once Upon A Time”) in a blue dress by Fil-Am designer Monique Lhuillier; and Lupita Nyong’o, who is being praised for her breakout performance in Steve McQueen’s “12 Years a Slave.”