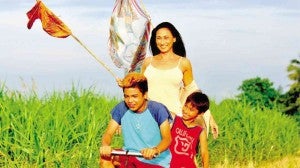 The all-masters edition of the Sineng Pambansa Film Festival, a project of the Film Development Council of the Philippines (in collaboration with SM Cinemas), is off to a good start—even with an uneven lineup.

We’ve yet to see Mel Chionglo’s “Lauriana” and Gil Portes’ “Ang Tag-araw ni Twinkle,” but we saw five of the seven titles that were screened at Megamall last Wednesday and are only too happy to note that Peque Gallaga (“Sonata”) and Jose Javier Reyes (“Ano Ang Kulay ng mga Nakalimutang Pangarap?”) are making a good case against putting skilled veteran directors out to pasture!

Truth is, we could hardly sit through Gallaga’s recent productions, “Seduction” and “Agaton & Mindy,” and were a little underwhelmed with Reyes’ otherwise serviceable MMFF entry, “Mga Mumunting Lihim.”

But, as they say, a filmmaker is only as good (or bad) as his last film—and “Sonata” and “Ano ang Kulay…” turn out to be among the finest films we’ve seen so far this year. (Instructively, Chito Roño’s “Badil,” Tikoy Aguiluz’s “Eman,” Romy Suzara’s “Tinik,” and Celso Ad. Castillo’s “Bahay ng Lagim” were reportedly still in post-production on opening day.)

With a well-limned narrative and sweeping vistas of a crisply photographed sugarcane hacienda in the background, “Sonata” reaffirms people’s belief in the indomitable nature of the human spirit as Gallaga and codirector Lore Reyes utilize their theatrical flair to vivify the unlikely friendship forged between fallen opera diva, Regina Cadena (Cherie Gil), and Jonjon (Chino Jalandoni, who has strong presence), the impressionable young boy who’s drawn to her abject sadness.

Regina lost her world-renowned voice after a botched throat operation—and she gets no comfort from her married boyfriend, Carlo (Richard Gomez), who refuses to leave his wife for her! 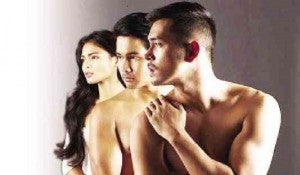 The sublime Cherie is superb as her character shuttles between a woman on the verge of a nervous breakdown and her weak grip on lucidity—but, her friendship with Jonjon and his teenage friend, Ping (the note-worthy Joshua Pineda), soon nurses her back to sanity! Their raw and riveting portrayals are the film’s antidote against its occasional melodramatic excesses.

“Love courts sadness,” Regina often tells Jonjon. It’s a lesson she learned from the larger-than-life characters she has portrayed onstage—from Tosca and Salome to Medea. But, it’s also love that brings her redemption when an unspeakable tragedy comes knocking at her door!

“Lihis” presents a challenge for its director, because it tackles the “forbidden” love between NPA rebels, Cesar Lumibao aka Ka Jimmy (Jake Cuenca, in a quietly impassioned turn) and Dominador Reyes aka Ka Felix (Joem Bascon)—and the “manipulative” female, Cecilia aka Ka Jasmine (Lovi Poe), who gets in the way of their romance.

Lamangan moves his film speedily, but it’s marred by clichés and contrivances that further weigh down the characters’ smarmily depicted relationships.

As Ada, Isabelle Daza may be rough around the edges, but registers well onscreen and comes on strong as the curious academic who “discovers” the secret of her ninong and her heretofore unknown father.

Reyes’ “Ano Ang Kulay ng mga Nakalimutang Pangarap?” is a slow burn—and the lineup’s other must-see: The delights of this unique drama arrive in their own sweet time as it follows three immigrant siblings—Stella (Jackie Lou Blanco), Vince (Bobby Andrews) and Andre Bautista (Ryan Agoncillo)—who fly home upon the death of their mother, Mercy (Madeleine Nicolas).

But, “getting rid” of their octogenarian nanny, Teresa (Rustica Carpio)—who has served the Bautistas for three generations—isn’t as easy as selling their properties. What to do?

A series of repetitive (and heatedly verbose) discussions ensue—but, that’s par for the course in Filipino families. Carpio’s quiet scenes and painful realizations tug at viewers’ heartstrings, even without gut-wrenching and declarative ululations of betrayal and grief.

With a strong ensemble that also includes Kim Rodriguez, Alwyn Uytingco, Chynna Ortaleza and Ruby Ruiz, Reyes’ movie steadily gathers steam as it examines the ties that bind Filipino families—even those who have succumbed to the Filipino diaspora.

Do we throw “stuff” away when it becomes old, wrinkled and inconsequential? Reyes poses the same question to the audience in the film’s skillfully choreographed final frame—a masterstroke of a cinematic “grace note” that frames the production’s family-comes-first sensibility, and Filipinos’ constant need for interconnectivity and meaning!