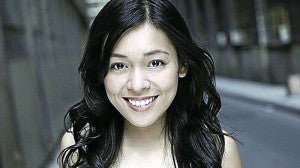 LORA Nicolas fell in love with Stephen Sondheim’s “So Many People” from the 1997 musical “Saturday Night.”

We asked 11 members of the impressive cast of Filipino-American musical theater talents which Stephen Sondheim song resonates with each of them. Their answers reflect the complex, intelligent work of the multi-awarded songwriter.

Ticket information about the show to benefit PhilDev’s projects to support education, livelihood, healthcare and other programs in the Philippines is available on www.lincolncenter.org.

Rona Figueroa: “‘Stay With Me,’ from ‘Into the Woods,’ recalls my relationship with my father. In the musical, the witch keeps her daughter, Rapunzel, locked away in an un-scalable tower. The witch justifies this action by saying that the world is dangerous and that the daughter will only be hurt by others, and no one loves her more than she does, anyway. My father was just as protective and controlling, trying to have a say as to who my friends and boyfriends should be, how I should spend my free time, what I should be reading, what I should be studying in school, etc.

PAOLO Montalban pick is “Marry Me a Little,” from “Company”

“It was ridiculous, difficult and not fun. A lot of immigrant Filipino parents do this. It’s obvious to me now that the intentions are well-meant, but based on their own fears of being in a foreign country, dealing with feelings of inferiority. Fortunately I was able to escape my tower, grow up on my own, and come to recognize other examples of my father’s behavior and choices that were based solely on generosity, love and self-sacrifice.”

Angel Desai: “Wow, what a question! Not too easy, as there are so many that resonate with me. But one that stands out is ‘Move On’ from ‘Sunday in the Park with George.’ Letting go of something that one is attached to – a relationship, an idea of oneself, a piece of art in progress, a familiar place in which we feel comfortable – is difficult for all of us, and there are many times I found it particularly impossible. Hearing that song for the first time was like being seared by a brand, but in the gentlest way possible. I feel the lyrics apply to any of the above situations.

“We cannot control the outcome of a particular choice, but we can and must make a decision each time, and that’s what moves us forward. It reminds us that what others think of our choices is immaterial, as we can’t control that, either. Still, we must become who we are meant to be. The song ascribes to a notion which I believe – that the only thing constant in this world is change.”

Jose Llana: “I’ll be doing this in the concert. ‘Being Alive’ is sung by the character Bobby in ‘Company.’ His search for love, truth and his own mortality was something I always connected to. Being 35 years old, the same age as Bobby is in the play, has particularly strong and coincidental meaning to me as well.”

Joan Almedilla: “Just out of context, I am attracted to the lyrics of ‘Being Alive,’ which searches for commitment with lots of [fearless] expectations or maybe not [fearless] at all. I love nurturing relationships, especially the ones built on strong, mutual respect. Most of my relationships aren’t perfect at all, but enough for me to struggle to become better, more challenged… to know that for as long as I live, I will always feel the need to connect and to inspire. That to be happy is to ‘give’ happy.”

ANGEL Desai: “Move On,” from “Sunday in the Park with George”

Adam Jacobs: “My favorite Sondheim song is ‘Maria,’ from ‘West Side Story.’ It has a melody that pulls on my heartstrings. The whole song is built around those haunting three notes in ‘Ma-ri-a.’” I love how it’s so simple yet incredibly grand in scale and scope, and how it builds gloriously through the bridge and ends so angelically. What more evidence do you need to know that Sondheim is a genius?”

‘Marry Me A Little’

Jennifer Paz: “‘Marry Me A Little’ comes to mind immediately. The song gets right to the beautiful complexities of commitment. From the moment I hear the first few measures, those notes up and down the scale—there’s a movement about it that always sends a surge of emotion right through my heart. And then those lyrics! ‘Marry me a little, love me just enough. Warm and sweet and easy, just the simple stuff. Keep a tender distance so we’ll both be free. That’s the way it ought to be.’ Just beautiful.”

Paolo Montalban: “‘Marry Me a Little’ deals with the fear of losing one’s identity when one forms a union with another person in marriage.”

‘No One Is Alone’

Catherine Ricafort: “‘No One Is Alone,’ from ‘Into the Woods.’ It was one of the first musicals I ever did. It was a pivotal point for me in falling in love with musical theater and realizing just how touching and profound its messages could be. The haunting melodies and lyrics of this song reflect how fragile we are as human beings when we start growing out of our fairytale-like childhood and face the realities of the world.

“Despite the mistakes, disagreements and regrets we have along the way, I am always reassured as I listen to this song that someone out there understands and accepts me. I am moved by its empowering, loving message—how we can make things right by supporting and forgiving one another and reciprocating compassion.”

Ali Ewoldt: “I hear the lyrics to ‘Somewhere’ every night in ‘West Side Story’ and they continue to blow me away. The sense of hope they convey, despite an atmosphere of prejudice and misunderstanding, is relevant, moving and inspiring over 50 years after they were written: ‘…There’s a time for us/A time and place for us/ Hold my hand and we’re halfway there…’”

Diane Phelan: “‘Somewhere,’ from ‘West Side Story.’ The messages of hope, tolerance and acceptance that underscore the play are also fully encapsulated within the song itself. It’s a ridiculously beautiful thing.”

JOAN Almedilla: “Being Alive,” from “Company”

Lora Nicolas: “‘So Many People,’ from ‘Saturday Night,’ is about a woman who pictures herself being with a rich and successful man, but finds herself falling for someone who has meager means. I fell in love with the song the first time I heard it. I even thought of singing it at my own wedding. I like the simple, haunting melody and a message that is very poignant to me: that there are so much more important things in life than money, success or fame.

“When you are fortunate enough to find the kind of love that gives you sheer joy, inspires you to be a better person every day, or the kind of love that you know would only come once in a lifetime, don’t let it pass you by. Embrace it. This song has always resonated with me during the course of my relationship with my significant other.”