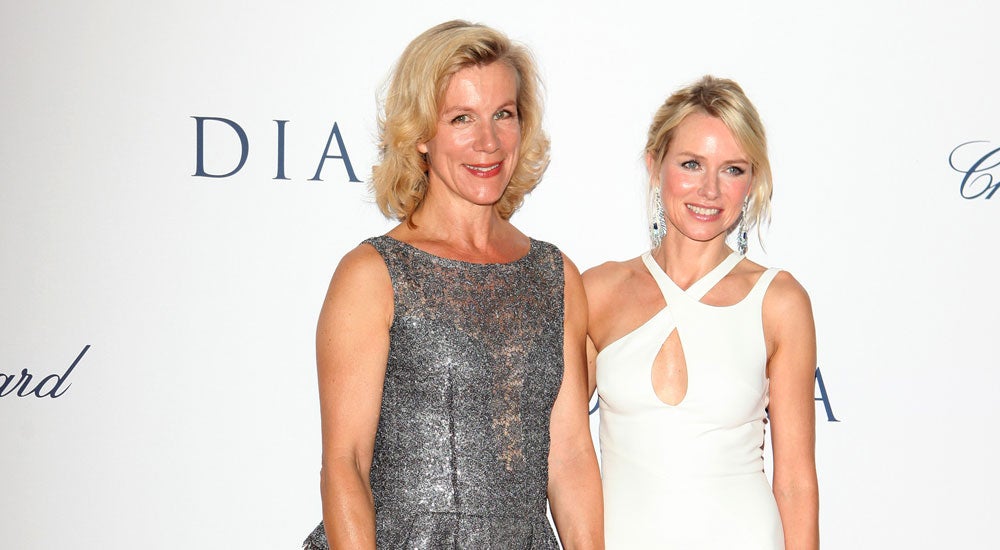 Juliet Stevenson and Naomi Watts arrive at the World Premiere of ‘Diana’, on Thursday Sept.5, 2013, in London. Photo by Jon Furniss Photography/Invision/AP Images

LONDON – “Diana”, a biopic of the late princess of Wales who died in a Paris car crash, has its world premiere Thursday with its star Naomi Watts already defending her involvement in the controversial film.

The movie follows Diana’s romance with London-based Pakistani surgeon Hasnat Khan, whom many friends of the princess say was her real love and the man she allegedly called “Mr Wonderful”.

Based on Kate Snell’s 2001 book “Diana: Her Last Love”, the film suggests that Diana started dating Dodi Fayed to make Khan jealous- a claim challenged by many close to the princess.

Diana and Fayed died when the Mercedes in which they were travelling slammed into a pillar in a Paris road tunnel in 1997 while being pursued by press photographers.

Diana and heir to the British throne Prince Charles divorced in 1996 after 15 turbulent years of marriage which produced two sons, Princes William and Harry.

Watts, dressed in a figure-hugging white gown, was joined on the red carpet at London’s Leicester Square by British-Indian actor Naveen Andrews, who plays her on-screen lover.

The British-Australian actress who came to prominence in “Mulholland Drive” in 2001, admitted that she was taking a risk by accepting the role of the “People’s Princess”.

She was asked if she felt the film would offend Diana’s sons.

“Hopefully if they get to see the film, they will feel that we have done it in a respectful and sensitive way,” she told BBC TV.

“We try to honor the depiction of her character in the best possible way.”

But on Wednesday, Watts stormed out of a separate interview with BBC radio, apparently because a question offended her.

The surprised presenter, Simon Mayo, tweeted that Watts had “seemed a tad uncomfortable with the questions.”

The film has been largely ignored by the royal family. Its producer Robert Bernstein claims the royals gave some help in allowing filming in Kensington Gardens, where Diana used to go jogging, although a spokesman for the royals told AFP the area was not under its jurisdiction.

Some critics have noted that Watts bears little physical resemblance to Diana, and had to wear a prosthetic nose for the film.

She is the only established movie star in the film. Andrews is best known for his role in the TV series “Lost” although he also played Juliette Binoche’s love interest in “The English Patient” 17 years ago.

Watts claimed in an earlier interview that she “found herself constantly asking for (Diana’s) permission to carry on” in the film.

“I felt like I was spending a lot of time with her. There was one particular moment when I felt her permission was granted,” Watts told the Mail on Sunday.

Khan, who still works in Britain, has described the film as “completely wrong” and said he did not intend to see it.

He has never spoken of his relationship with Diana, meaning the filmmakers had to imagine the scenes between him and the princess.

As if on cue ahead of its release, new conspiracy theories about Diana’s death have begun circulating after police revealed they were investigating claims that a member of Britain’s special forces was involved.

Scotland Yard said in August that detectives were checking the “relevance and credibility” of information they had received.

Reports said the claims came from the estranged parents-in-law of a member of the elite SAS.

The soldier in question gave evidence at the trial of a former colleague who was found guilty of possessing weapons illegally.

Official investigations into Diana’s death have concluded that the chauffeur of the Mercedes, Frenchman Henri Paul, was driving under the effects of alcohol at the time he ferried the couple from the Ritz Hotel across Paris.

“The King’s Speech” starring Colin Firth and “The Queen” with Helen Mirren as the monarch were garlanded with awards.

But a 2011 made-for-TV movie about the romance between William and the-then Kate Middleton was described by the Daily Mail as “truly terrible” and “shoddily cast, poorly executed, badly edited”.