OPM birthday party for a cause 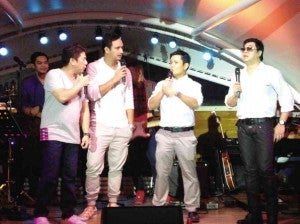 Singer-songwriter Ogie Alcasid had planned to throw just an intimate party with family and friends to celebrate his 46th birthday (Aug. 27).

But because of the devastation wreaked on Metro Manila and other parts of Luzon by the recent monsoon and Tropical Storm “Maring,” Alcasid—along with the Organisasyon ng Pilipinong Mang-aawit (OPM)—decided to mount, simultaneously, a fundraiser.

The event was held at Willie Revillame’s Wil’s Events Place in Quezon City. Philippine Red Cross volunteers were at the venue to accept donations of cash, food and old clothes from guests, for the flood victims, especially in Bulacan.

A total of P76,000 in cash was collected, on top of a truck full of relief goods, including bags of clothes from Bench.

Alcasid, current OPM president, told the Inquirer: “It’s hard to have fun and celebrate when there’s so much going on in our country. The party had already been organized before my 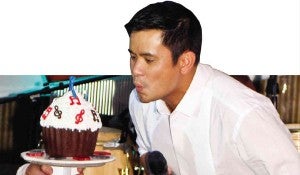 Aug. 16 concert, but then the calamity came. I said, ‘Let’s push through with the party, but let’s make sure that we do our part in relief efforts.’ My wife (Regine Velasquez) and I recently visited the Red Cross and found they were short on supplies.”

He had no birthday wish for himself, Alcasid said; he was simply praying for Regine’s father, Mang Gerry.

“I’m always praying for my whole family, but now, especially, for my father-in-law,” he said. “I hope his health will soon be restored.”

On her Instagram and Twitter accounts, Regine has been posting  calls for prayers for her dad. However, the couple remained mum about Mang Gerry’s illness. 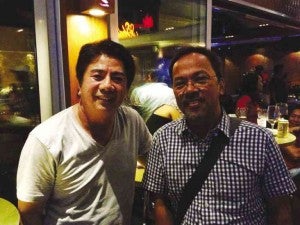 Career-wise, Alcasid said, he couldn’t ask for more. “I’m just really thankful that God has given me another year to breathe. I’ve had a wonderful career in music, TV and film for the past 25 years,” he said.

The singer-composer, who recently inked a three-year contract with TV5, said he would be working on three shows for the Kapatid network this year—the musical show “The Mega and the Songwriter” with Sharon Cuneta; the gag show “Tropa Mo ’Ko Unli,” which will reunite him with former “Tropang Trumpo” costar Gelli de Belen; and a teleserye titled “The Gift,” to be directed by Mike Tuviera.

“I know that our jobs are important,” Alcasid said, “but really, there are things far more important, and that’s my family and faith in God.” 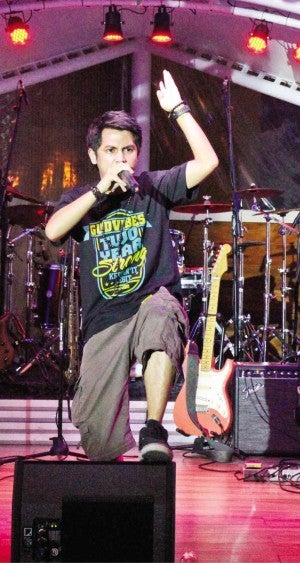 Before performing “Tuloy Pa Rin” and “Kanlungan,” OPM vice president for external affairs Noel Cabangon pointed out that Filipinos were probably the most resilient people in the world. “We still smile despite our problems,” he said. 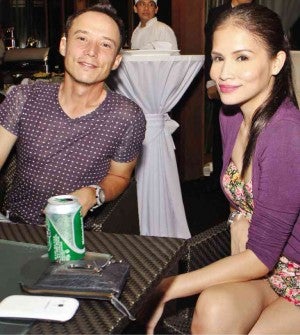 Meanwhile, Alcasid is set to mount Ogie Cup 2013—a golf tournament/fundraiser for the benefit of OPM—on Sept. 16 at the Sta. Elena Golf and Country Club in Sta. Rosa, Laguna.