Joel Torre on NY Times review: Like I hit gold 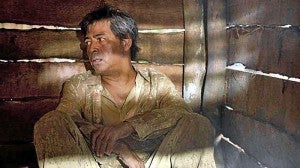 Filipino actor Joel Torre is ecstatic that he and his film, John Sayles’ “Amigo,” got a rave review from the New York Times.

In an SMS, Torre, who is in the United States for the film’s promo tour, told Inquirer Entertainment: “You know how insecure actors are about their performances. Good reviews validate the hard work we put into ‘Amigo.’”

Torre, who top-bills and coproduced the indie movie on the Philippine-American War at the turn of the century, was particularly moved by the New York Times piece, published Aug. 18 and written by chief film critic AO Scott.

In the critique, Scott said that Torre played his role Rafael, a beleaguered village chief, “with sly, hangdog brilliance.”

Torre admitted:  “I was near tears because I know the weight of a New York Times review. It’s a big deal. I feel like I hit gold.”

Scott said Sayles’ film “[attends] to gray areas and [focuses] on characters whose essential decency is challenged and complicated by circumstances.

In that regard, Scott wrote, Rafael is “an exemplary Sayles protagonist.”

Torre said, “I am elated; these critics are very knowledgeable about cinema.”

“Amigo” is also part of the 31st Hawaii International Film Festival, which runs in October.

Scott reserved the highest praise for Sayles, an Oscar-nominated screenwriter for “Passion Fish” and “Lone Star.”

“This is not the kind of movie, and Sayles is not the type of director, to linger in the picturesque past, savoring antique details and re-staging bygone conflicts,” Scott noted.

For Sayles, Scott pointed out, “history… turns on recurrent themes of power, greed, exploitation and principled, often Quixotic, resistance to those forces.”

Scott called Sayles a “left-wing, baby-boom John Ford, spinning fables of the American character out of the threads of myth, memory and ideology.”

The critic then praised “Amigo,” which was shot in Bohol with a Filipino cast and crew alongside Hollywood actors—led by Oscar winner Chris Cooper—as “a well-carpentered narrative, fast-moving and emphatic, stepping nimbly from gravity to good humor.”

Scott asserted that, in orchestrating scenes, Sayles seems to have invited “his actors to find their own ways of wearing the tight garments he has designed.”

In sum, he hailed Sayles as “a pretty good history teacher, the kind who knows how to make even difficult lessons entertaining and relevant.”