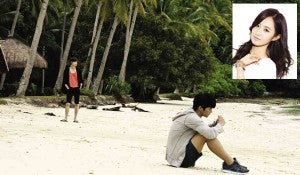 DAVAO CITY—“The film ‘No Breathing’ [which was partly shot here] will be watched by three million Koreans,” said Art Boncato, regional director of the Department of Tourism (DOT).

“Davao City will have a 15-minute exposure in the film, top-billed by today’s biggest Korean stars,” he added.

Boncato said the crew and stars of this South Korean film  wrapped up their seven-day location shoot two weeks ago, before the annual Kadayawan festivities.

The movie is about two swimmers (played by Korean film stars Lee Jong-suk and Seo In-guk) who are intensely competing for the top spot in the national team and for the love of a girl (played by singer-actress Kwon Yuri).

Kwon Yuri is a member of the popular K-Pop girl group Girls’ Generation.

Davao City’s tourism sector is looking forward to the release of the film, Boncato said, and is hopeful that the city’s exposure in the South Korean film will translate into more visitors. “We look forward with great interest in Davao, as this will no doubt mean [a bigger] number of foreign visits.”

Boncato added that locations included the Marco Polo Hotel and the neighboring Aldevinco Shopping Center, the Pearl Farm Resort in nearby Samal Island, and the Davao del Norte Sports Complex in Tagum City.

The film will be released before the end of the year.