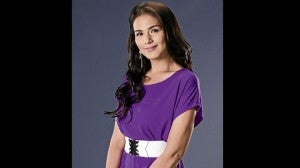 Unknown to Pretty Starlet, she was sharing the lift with a reporter. PS is often chided for not remembering names of press people but, in this case, the Incognito Reporter was a complete stranger to her. As such, PS was comfortable enough to reveal her true colors.

Throughout the elevator ride, PS berated her poor alalay. She bombarded the assistant with expletives just for not passing the tissue box when she needed it. IR looked too embarrassed to even look at the potty-mouth PS, who often plays lugubrious martyrs onscreen.

Drama Star is a haughty, self-absorbed prima donna. While costars greeted the fans waiting on the set, DS rushed to her dressing room, snubbing the autograph seekers.

The actors had just been exposed to fake rain in one scene so DS had the perfect excuse.

She covered her face with a towel and ran as if she was being chased by attack dogs.

Perhaps DS was just insecure because her costars were the producers’ current favorites at the time.

Mole was turned off big time by Aging Starlet, who refused to work unless she received her talent fee in full. 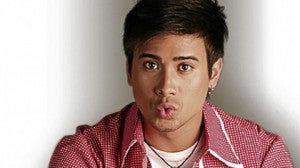 AS was sulking, too, but when it was time to go on a shopping spree, she became chummy and joined the clients.

At first, she was hesitant to buy stuff, but when she learned that the bosses were footing the bill, AS sprung to life and started pointing at expensive items on the shelf. Insiders now call her “Pointer Sister.”

Eagle-eyed gays swooned when Handsome Singer almost had a wardrobe malfunction onstage. Turned out, HS forgot to zip up, leaving the gates to gay heaven open. Luckily, the bird (of paradise) didn’t fly the coop. Nakup.

You can take Gorgeous Star out of the boondocks, but you can’t take the boondocks out of GS, who discovered the joys of shopping in an upscale mall from Hunky Beau.

HB used to frequent the mall with Sweet Girlfriend. Now HB hangs out with GS there. Witnesses swear that while SG was unassuming and down-to-earth, GS is loud and unruly.

“She keeps yakking, as if to attract people,” a spy related. Unfortunately for GS, the mall’s ritzy regulars don’t pay her any attention.

LONDON—The late soul singer Amy Winehouse, whose album “Back to Black” spent three weeks at No. 1 on the UK charts after her unexpected death last month, lost the top spot to the debut album from dance music act Nero on Sunday.

Kardashian, 30, one of the highest-earning reality TV stars, and New Jersey Nets player Humphries, 26, exchanged vows in a ceremony on a private estate in the Southern California hill town of Montecito, her spokesperson told People magazine and E! television.

People magazine bought exclusive rights to the wedding, which is also being filmed as a two-part special to be broadcast in October on E! television.

Kardashian, who stars with her three sisters and their mother in “Keeping Up with the Kardashians,” began dating Humphries in late 2010. He proposed in May with a 20.5-carat diamond ring.

She is thought to be the highest-paid reality star on US television with 2010 earnings estimated at $6 million from the show and its two spin-offs, her clothing line, perfume, jewelry, tanning cream and other product endorsements and paid appearances. Reuters 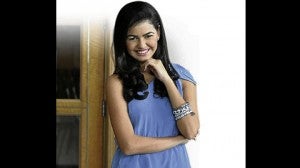 Janine Gutierrez: Work with “Lola” Guy? Why not! (photo by richard reyes)

Paris Hilton on the Pacquiaos hosting a dinner party for her: “Manny and Jinkee are such an incredible couple… so amazing. All my friends and the world love them… I’m so honored to be with them.” (What did we expect she would say naman?)

Janine Gutierrez, asked if she’d like to work with granny Nora Aunor: “That would be a dream come true para naman kahit kanino dito sa industriya.” (In fairness… that’s true.)

Iza Calzado on how she coped after breaking up with boyfriend Atticus King: “Tiningnan ko ’yung sarili ko. Ano ba ’yung kulang? Ano ba ’yung dapat kong gawin para sa sarili ko? I took a vacation—I went somewhere alone for a few days… to look inside.” (We like this girl.)

Read Next
Fantasy wedding in an elevator
EDITORS' PICK
Smart brings KCON:TACT especially 4U to subscribers from June 19 to 27
IATF recommends to Duterte face shield use in all enclosed areas
Red, yellow alerts in Luzon grid possible in coming weeks — DOE
Smart celebrates all kinds of ‘#SimplyLove’ for Pride Month
Leo Martinez pleads for senior citizens to be allowed to go out
He called bank: SJ Belangel aimed for backboard on game-winner vs Korea
MOST READ
DepEd chief Briones lying, teachers insist
Pacquiao ‘good choice’ as PDP-Laban standard bearer for 2022 – Koko Pimentel
Lakas-CMD to solidify alliance with Inday Sara’s HNP – Romualdez
Notes for next president: Huge debt, unemployment, hunger
Don't miss out on the latest news and information.