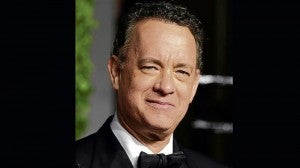 LONDON— The London Film Festival is getting a double dose of Tom Hanks.

Festival director Clare Stewart said the movie, directed by John Lee Hancock, is “a magical ode to the brilliance and volatility of the two very different creative forces.”