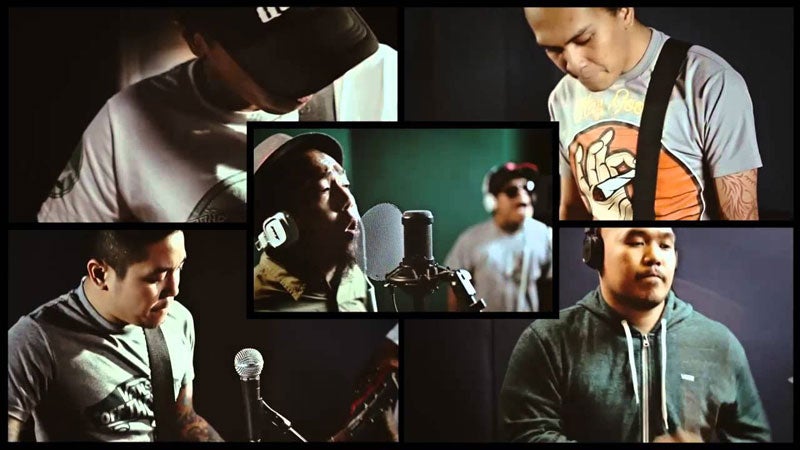 From Grin Department, Da Pulis, Parokya Ni Edgar… Kamikazee continues the tradition of local bands that touches on the lighter side of everyday situations and, of course, that represents Pinoy humor at its best.

Kamikazee has developed a style of performing that perfectly suits them and that has worked wonders for them in the time that they have been actively gigging. What is that style, you ask? It is the way they try to find the fine balance between being a serious band and a comedy act at the same time without one overlapping the other. And just maybe, that is one of the main reasons why the name recognition of Kamikazee has grown exponentially over the years and their popularity hasn’t declined. We can also attribute to the fact that almost everyone loves a band that just wants to have fun and doesn’t take itself too seriously. Kamikazee just happens to be that kind of a band.

Kamikazee has rightfully earned the right to be called one of the premier bands in the Philippines. It is one of the most bankable local bands. There hasn’t been a time that I attended any of their gigs that the venue wasn’t full and standing room only. And I have attended gigs since 2007 in which Kamikazee was billed as the headlining act of the event. And let me tell you, they can draw a huge crowd to sell-out venues!

Everyone in attendance just has a good time watching them perform and some of the slapstick humor the band members do in between songs and after their set has concluded is hilarious. In particular, front man Jay Contreras and lead guitarist Jomal Linao have this frenetic energy that they just feed off each other. And the crowd just laps it all up because of the candid and funny stuff that they do and say within the duration of their set.

Kamikazee hasn’t only obviously tickled the funny bone of music aficionados like myself for years already. They also are a band that will always seem young at heart. I have always sensed that they just go with the flow of things, seemingly unaffected by changing trends in music and with the current situation of the local scene. They just enjoy being in a band and entertaining music aficionados who come to their gigs. Likewise, they show appreciation to their fans who keep coming back to watch them. And what is an example of that appreciation they have for their loyal fans? It is releasing new albums that are well worth the wait. And songs that almost everybody can easily relate to and enjoy. 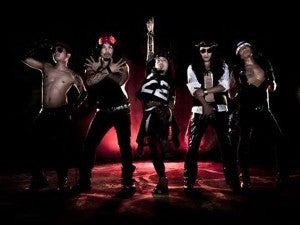 We can take for example their latest single, “Tamis,” from their fourth studio-release “Romantico.” We begin with the intro, which is essentially just “copied and pasted” from the original version of “Tamis” done by local indie band Concrete Sam. Then the rhythm section of the members of Kamikazee comes in, and as soon as you hear the unmistakable vocals of Jay Contreras, the tone changes significantly as there is a seriousness that can be detected behind the lyrics.

What, to me, is the theme of “Tamis”? It explores the trials and tribulations of entering into a serious relationship and trying to make it work. Of course, the meaning of this song will differ depending on who listens to it. And there lies the beauty behind any song—that you can have your own interpretation of the lyrics and how it relates to you as a listener.

On an added note, I love the fact that “Tamis” was recorded at the “Tower of Doom” studios. We can credit the guys behind “Tower of Doom” for the excellent mastering and mixing of ‘Tamis.” You can almost hear clearly all the instruments in this recording. The sound levels were finely balanced out and it is one of those tracks wherein you can hear the musicianship of each member shine through.

What I can immediately appreciate about their second single, “Tamis,” is how the recording was handled. Even though Kamikazee covered the song from Concrete Sam, they were able to put their own distinct touch to it. It really works both ways. Because of the popularity of this single, it will also give acknowledgment, in return, to local indie bands like Concrete Sam, which in my eyes is still underrated to this day. Kamikazee are good friends with Concrete Sam and the former were obviously an excellent choice to cover one of the best known songs to this day released by Concrete Sam during their initial run.

I believe if you are going to cover a song, you got to do it right and not screw it up! And that is what Kamikazee was able to accomplish and prove here. Kamikazee has an excellent track record when it comes to covering songs. Take, for example, what they did with the song “Doo Bidoo,” an APO Hiking Society classic, which was given new life and essentially re-introduced to a whole new generation when Kamikazee covered that song and truly made it their own. And this is also clearly the case here, in “Tamis”—they were able to revive some interest into one of the best known and remembered songs by Concrete Sam.

This proves that Kamikazee doesn’t only cover songs from iconic OPM acts but also from local indie bands. In my opinion, Concrete Sam could have had more mainstream exposure a few years back if only the “powers-that-be” had allowed it to happen. Hopefully, because of the popularity and the radio airplay “Tamis” is getting now, it would also remind more music aficionados of local indie bands really worth listening to and for some, even worth rediscovering.

As an afterthought, reviewing this single was not only about evaluating a track from Kamikazee’s latest studio-release “Romantico” but also giving acknowledgment to local indie bands like Concrete Sam.