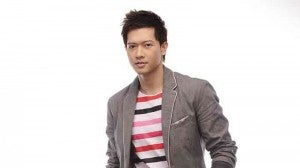 Before joining singing competitions on TV and eventually becoming a pop recording artist, Ronnie Liang aspired to be a film actor. His interest was developed, unintentionally, from watching one movie after another while working for a video rental shop back in college.

He has appeared in the comedy flick “Mano Po 4: Ako Legal Wife,” and landed roles in the TV series “Your Song” and “I Love Betty La Fea,” both on ABS-CBN. But Ronnie has yet to snag a lead role for the silver screen. Thus, when he was offered a role in “Object of Desire,” an indie film to be directed by Elwood Perez, he snapped it up.

“I’m happy that I was able to cross over,” he told the Inquirer in an interview. The 28-year-old balladeer was a finalist in “Pinoy Pop Superstar” in 2005, and finished 2nd runner-up in “Pinoy Dream Academy” in 2006 behind Jay-R Siaboc and Yeng Constantino. He released the local hit “Ngiti” in 2007.

Although he couldn’t reveal much about the indie film’s plot or his costars as yet, Ronnie went as far as to confirm that shooting had started, and that the producer planned to enter the movie in coming festivals.

Perez, who has been inactive for about 10 years, is known for making provocative films. Indeed, Ronnie disclosed that he would be showing a little skin.

“Direk said [the scene] was going to be sexy, but tastefully done. I’m quite nervous, but I’ll do my best,” he said.

After the movie, Ronnie hopes to get good roles in teleseryes. Given the opportunity, he said, he would take advantage of his chinito looks, and star in shows inspired by Koreanovelas. “But I can’t be picky,” he quickly added. “I’m open to doing comedy, action, drama, or even portray gay characters.”

While bent on pursuing acting, Ronnie vows not to neglect his music. His second album, “May Minamahal” (2012), is on its way to reaching gold status, according to his label, Viva Records—this, despite the fact that the album has not been launched.

“I helped arrange some of the songs,” Ronnie said, “and I had a hand in the music video.”

The album, which he coproduced, has six tracks, all revivals, with “Akala Mo,” originally by Aiza Seguerra, as carrier single. We pushed a little and asked: Artists doing covers are usually frowned upon and branded as sellouts. What made him do such an album?

Ronnie explained that, since he was not as visible on TV as he was about three years ago, he needed to establish familiarity before churning out original material, as he did on his debut record.

“I’ve been busy doing mall shows, gigs out of the country, and guest appearances in shows of the three major TV networks. My last regular show was ‘ASAP,’ where I stayed from 2007 to 2010,” Ronnie explained. “Boss Vic (del Rosario) advised me to do covers for the meantime. But right now I’m working on an original single for digital release. I hope to hold a concert before the yearend.”

Asked to assess his career at this point, Ronnie candidly admitted, “It’s not bad, but it hasn’t really taken off. I’m not losing hope, though; it only pushes me to work harder and improve myself. I still take voice lessons, and also join acting workshops under Leo Martinez.”

Smiling, he said, “And why not dream big? Some of the best things come unexpectedly, like the movie I’m doing.”

Read Next
Life goes on for birthday boy Buboy
EDITORS' PICK
EuroMillions Superdraw: A lottery draw unlike any other is coming to the Philippines
‘Justice will be done,’ Duterte assures as he vowed probe on Jolo incident to bare ‘truth’
Water remains our saving grace right now
Smart releases Hyun Bin’s second TVC
Current dominant strain of COVID-19 more infectious than original—study
DOLE: Return of OFWs’ remains from Saudi to be ‘delayed,’ deadline moved to ‘early next week’
MOST READ
Locsin warns of ‘severest response’ if China’s army drills in SCS ‘spill over’ to PH domain
Duterte tells military: No other president looked at you the way I did
BREAKING: Duterte signs anti-terror bill into law
Go apologizes for 5-on-5 game; PBA summons Japeth, ROS rookie
Don't miss out on the latest news and information.