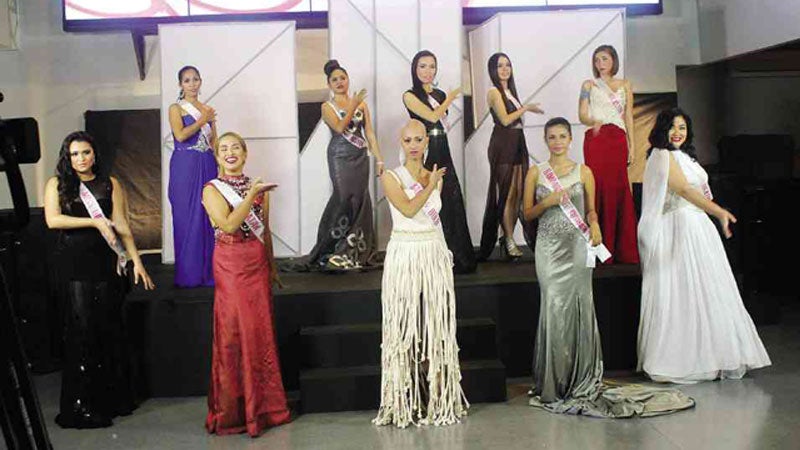 Our search for unusual TV shows currently on view leads us this week to Studio 23’s “Gusto Kong Maging Beauty Queen.” The reality challenge is “different,” because it chooses for its contestants some young women who are—well, less than the pluperfect epitome of female pulchritude!

There are chubby ladies and “vertically challenged” ones, a dark-skinned hopeful here and a downright plain-looking fantasizer there—etc.

What’s the point? That the dream of becoming a beauty queen is shared by many women in this beauty pageant-addled land, so it should be empathetically, “democratically” celebrated by this unique reality challenge, which honors the dream as much as its actual, “deserved” fulfillment!

At first glance, the TV tilt could easily be mistaken for an open invitation for the inveterate haters and bashers out there to make fun of some of these “undeserving” women and their “impossible” dream. But, that initial impression is soon banished by our observation that the tilt is sincere about developing its unlikely hopefuls’ potential—and making them legit contenders for the competition’s “crown”—or, at least, as far as their inherent limitations will allow them to prosper and persevere!

Thus, the ladies are given tips on how to “present” themselves at their best in terms of looks, wardrobe and personality—and, slowly but surely, improvements are made on their initially limited “capital.”

The biggest surprise that the TV tilt has offered up thus far is the unexpectedly good showing of some of the girls in the mini-shows that they have been asked to come up with to showcase their performing skills.

One would have expected these relatively amateur performers to make major booboos and slip-ups, but their group and individual performances have exceeded those unfairly low expectations.

In fact, some of the least likely bets have turned in spirited and savvy portrayals that prove that we really mustn’t judge books (and brothers) by their cover!

Of course, we know darn well that these least likely “surprises” don’t possess the basic physical beauty that will enable them to actually romp off with the televised beauty pageant’s title (unless the tilt officially and radically redefines what it means by “beauty” in the first place).

But, it’s still instructive to note that the ladies have “bloomed” in the course of the tilt’s training and weeding-out process, and have thus acquired a sort of added “beauty” of their own.

In the TV competition’s wide mix of contestants, we note that there are a few ladies who look good enough to at least qualify for “actual” beauty competitions. Have they been planted as the show’s “insurance” that its eventual winner will be acceptable to most viewers as a real standout?

It’s too early to tell, but it looks like the tilt will continue to be a fun and instructive viewing treat. Even better, it could open the eyes of some viewers to the real meaning of true and/or “redefined” beauty!