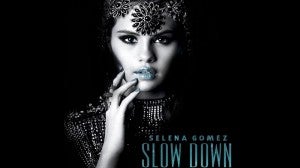 (“Slow Down” is the second single from the upcoming debut solo album “Stars Dance” from Selena Gomez.)

Selena Gomez is doing what every other current mainstream Pop artist has been doing since day one and that is, relying on a great set of producers to supply the beats and to keep things from getting “stale” in their records.

“Slow Down” was tailor-made for her to represent her on-again, off-again, relationship with Justin Bieber. Some of the lyrics are a bit suggestive but there is nothing in them that would turn off any of her loyal fans. ‘Slow Down’ is both a reflection of her association with Justin Bieber and of her growing interest in exploring the EDM route.

While most of her other female Pop contemporaries have already dipped into the whole EDM trend, for Selena Gomez this move is still relatively new, although in the recent past she has had a couple of tracks that had some Electronic influences but was, in general, considered Pop at the core of it. However, with “Slow Down,” it is the closest single released from Selena Gomez that resembles a pure EDM track when compared to any of her other previously released singles.

The producers (The Cataracs) in this single seemingly had full creative control in “Slow Down.” But does their creative control steer this single away from being entirely forgettable or does it give it the edge it needs to stand out from the rest ? The answer is neither. The production value is truly the only thing saving “Slow Down” from getting lost in the mix, as also one of its redeeming qualities that prevents “Slow Down” from feeling like another totally generic “radio-filler.” 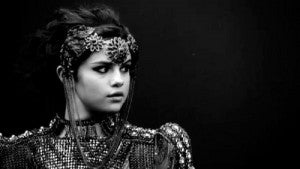 But even with that, it really isn’t enough. There are just too many Pop artists currently who have embraced the whole EDM trend that it is becoming hard to stand out when almost everyone else is starting to sound alike! I give “Slow Down” a shelf life of a few more months. Meaning, after the third single is eventually released, expect this track to be forgotten in the shuffle, and that music aficionados will move on to the next thing from Selena Gomez after it gets sufficient radio airplay and is included in regular rotation in music channels.

I am sure I may have infuriated once again the fans of Selena Gomez. Tough luck! But I am here to give an honest evaluation and not a “sugar-coated” review devoid of any actual constructive criticism. Because no matter how many more times I listen to it and watch its music video, I just can’t really grasp anything of substance in the record that would prove to me that it will have staying power and lasting appeal for which it will be remembered even a few years from now.

But that isn’t necessarily her fault nor should she blamed for the poor critical reception her second single has received. Because all these are a result of Selena Gomez trying her best to fit in and belong to what is now the “in” thing music to do.  Add the fact that she is trying to shed her “Disney image” and because of this, there seems to be a sense of urgency on her part to “grow up” overnight. What Selena Gomez is going through is what every other former Disney artist has been through in the past–from Christina Aguilera to Britney Spears and everyone else in between.

These artists all wanted to distance themselves as far away as they could from their “Disney past” and be viewed instead as adults by everyone so that they will be taken more seriously. This has become like a tradition of sorts for former Disney stars to follow this path in order to change their public image and the opinion others have of them.

Why? I just think the word “wholesome” has become such a dreaded word these days especially when it comes to music. Whether her wholesome image can be viewed as a plus factor or not in her career, Selena Gomez will always have that childlike picture about her. While that isn’t necessarily a bad thing, it can be a detriment when she is competing with other female Pop stars who are older, more mature, and have achieved more than she has. Selena Gomez is unfortunately feeling that wrong kind of pressure and the “weight on her shoulders” to continually change her image in a hurry. Let’s just hope she doesn’t take it to the extreme and follow the path of a Lindsay Lohan who was a former Disney star herself. I don’t think any of us music aficionados would want Selena Gomez to end up like Lohan.

I just think there is a lot of pressure coming from all directions for young artists like Selena Gomez to have a string of hits and it would appear her actual input in this matter has taken a back seat in favor of the major label to get ‘hit-makers” to compose songs for her and “in-demand producers” to give the treatment each of these songs should get. Smart move and a wise business choice. But there are music aficionados like me who want to hear more songs composed by Selena Gomez herself and to see more creative freedom given to her. I would like to hear and see the “real artist” in her because at the end of the day, it is her name on the album cover and no one else’s. That alone should mean something to her fans who have supported her ever since she started getting into music.