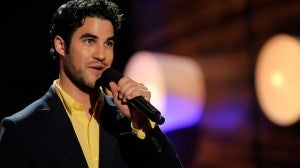 LOS ANGELES – Darren Criss of “Glee” and Lucy Hale of “Pretty Little Liars” will co-host Teen Choice 2013, which will include a performance by country group Florida Georgia Line.

One Direction and Paramore also are set to perform.