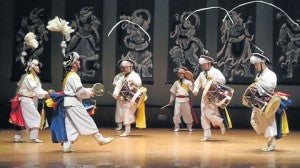 If jazz is about freedom, it means that its performers share an openness that allows them to bond with all types of musicians around the world.

We expect that sense of freedom will be recaptured for five days starting tonight, when the Cultural Center of the Philippines (CCP) holds its first International Jazz Festival.

On the bill are more than 150 musicians from various groups, some of whom have also been tapped to conduct lectures and workshops.

“The festival is part of our program to open up the CCP on a global scale,” said CCP president Raul Sunico. He hopes to make this an annual event.

At the press con, the jazz group Majam composed of percussionist Joey Valenciano and bassist Ruben Reyes, joined by pianist Emy Munji, played a sample of tunes including the 1930s classic “Stompin’ at the Savoy.”

Asked why he plays jazz, Valenciano replied: “It is an honest, spontaneous kind of music, something that directly involves the audience. It is music that’s created here and now.” 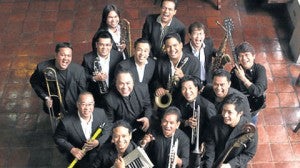 THE AMP Band performs with singer Charito on Aug. 28 at the CCP Main Theater.

Opening the festival tonight at 8 is the The Royal Hartigan and Blood Drum Spirit at the Main Theater. Tomorrow at 7:30 p.m. is “Blues Night” at Studio Theater, with Michael Bourne, Bleu Rascals, and Shun Kikuta with the Blue Rats.

The program on August 26 includes Brazilian jazz with Neris Gonzalez and Lowcal, 5 p.m. at the Studio Theater. The Korean Soul & Beat Project plays at 8 p.m. at the Main Theater.

The fest winds up on Aug. 28 with a performance by the UP Jazz Ensemble, Charito and the AMP Band.