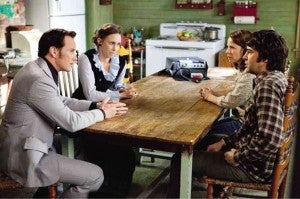 LOS ANGELES—“There were some weird things that happened on the set,” Vera Farmiga revealed to us while recounting the shoot of “The Conjuring,” director James Wan’s horror-thriller. “One girl in particular experienced the very thing that physically happens to the Carolyn (played by Lili Taylor) character in the film.”

Added Vera during this interview at the Ritz-Carlton Hotel in San Francisco: “Fire alarms would go off. And these weird things would happen to me. It was always a claw scenario. Check this out. I texted this photo to Patrick the day after. That’s my thigh (she 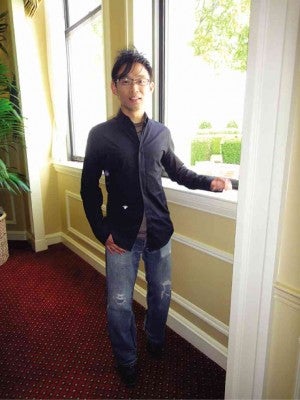 JAMES Wan will direct the next “Fast & Furious.”

showed us a photo on her mobile phone of three red scratches on her skin). It happened the day after we started filming. I don’t know what happened… unless I had a mosquito bite and I scratched it with three fingers.”

She continued: “I had this same conversation with James. We had a creative conversation about Lorraine (her character) and the approach to the character. I had done some research. After our conversation, we opened up a computer screen on which appeared three slashes. Then they disappeared—a little odd thing.”

Vera’s character is based on Lorraine Warren, a real-life clairvoyant and paranormal investigator who, with her late demonologist husband, Ed (played by Patrick Wilson), worked on the case of Carolyn and Roger Perron (Ron Livingston), who claimed their Rhode Island home was haunted. Set in the 1970s, “The Conjuring,” praised by The New York Times’ Manohla Dargis as “a fantastically effective haunted-house movie,” is directed, without the aid of CGI (computer-generated imagery), by James. The film opened to strong box office numbers last weekend.

James, who was born in Malaysia and raised in Australia, is one of the few filmmakers of Asian descent actively working in Hollywood. The Royal Melbourne Institute of Technology alumnus’ previous credits include “Saw” and “Insidious.” He will direct “Fast & Furious 7,” which is in preproduction.

We asked Vera, Patrick (who was also directed by James in “Insidious” and the coming “Insidious: Chapter 2”), Ron and Lili about their director, who’s fast making an impact in 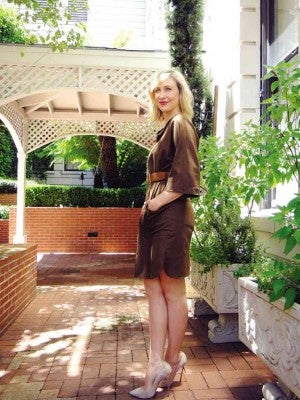 VERA Farmiga: “The research was the creepiest part.”

What’s interesting in the stars’ answers is how they all likened James to a masterful musical conductor.

I love James’ attitude. I don’t think I would have ended up doing the project if James ended up being some sort of a creepy, dark dude. But he’s got lightness and effervescence, and a real playfulness, a childlike quality that made this experience wonderful.

The research was creepiest for me and the most harrowing. James is a real maestro. He’s very successful because he really treats it (filming) musically, like he’s some lunatic conductor. It has to do with tempo, and not being afraid of silences. He has really mastered pacing and tempo, and does not relying on gimmicks and CGI to do those scares. 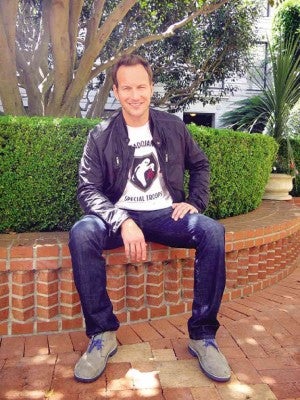 PATRICK Wilson: “I’m sure James can do a romantic comedy, too.”

The proof is in his work. I’ve done three films with James. I love James. He gets better with each film.

This movie is a whole different beat than “Insidious.” This movie speaks of his strengths so well, that he can pull the strings taut. He can use the tension and the score. He knows how to scare the hell out of you and yet he doesn’t run from the character. This is what I loved about this story—where else in the horror genre do you have these two story lines of these family dramas? The family going through this awful ordeal… moves into a house and gets into trouble. You get this insight into the Warrens, the actual investigators. You see how it wears on them. That’s what I loved about the movie.

James said something very interesting to me. He said, “People always want to cut around the talking scenes. But you have to invest in the character in order to believe when they’re in peril. That’s where you earn it. You’ve got to earn the scare.” And he can concoct the great scares and come up with these great set pieces.

I’m sure he can do a romantic comedy. I’m sure he can do any of that. I wouldn’t say that about every director… because James understands the scope of a movie, the technique, how to play an audience. He gets the character. It’s the reason that I work with him. I come in there and say to him, “I want to do this slight dialect.” He’d say, “Great, go for it.”

James is at the top of his game. I even watched him grow during this movie, mastering his craft on so many levels. The first thing is, he’s a collaborator—so he listens to all the people around him. They have all been with him for a long time. He respects them and they respect him. He’s very clear about what he wants. He’s committed to the truth and authenticity. He’s willing to take risks. He’s about to do “Fast & Furious” and I think we are going to see a totally different “Fast & Furious.” Like, who knew it was capable of being deep, emotional and honest? 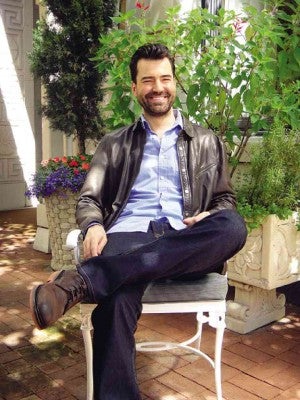 RON LIVINGSTON: “He really gave us a lot of rein.”

James is really masterful. It’s wonderful to see him blossom. I think he developed his skills because he was forced to make things with little money. It’s a constraint that makes you inventive. It was like, we can’t do any CGI so we are just going to paint this guy’s face red? And how can we make it really scary to have a guy whose face is painted red? If you saw “Insidious,” that’s the scariest red-painted guy I’ve ever seen.

James really gave us a lot of rein. Everybody comes in wanting to tell the story in a different way. Like an orchestral conductor, he doesn’t squash down and say, “No, no, I want it to sound like this.” He listens and goes, “Okay, so the saxophone section is bringing that, let’s bring that up here, and now, let’s put that down and jump over here.” I loved working with James.