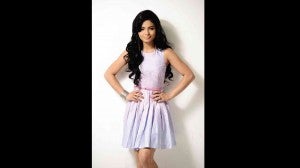 “Filming a love story is always a challenge for me. Believe it or not, I’m not very comfortable doing scenes with guys. I still get shy,” she tells Inquirer. “I’m more comfortable with family drama or even horror films. For me, love scenes are always hard to make. That’s the beauty of this project—it’s different from other romantic films I’ve made.”

Lovi is referring to the Jerrold Tarog romantic movie “Sana Dati,” which also features Paulo Avelino. It is an entry in the Directors’ Showcase category of the 9th Cinemalaya Philippine Independent Film Festival, which begins on July 26. 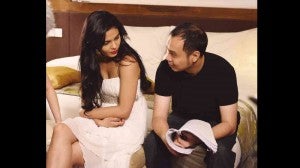 According to Lovi, “Sana Dati” tells the story of a girl who is about to get married but changes her mind when, on her wedding day, she meets another guy who reminds her of her true love. “I like this very much because Paulo and I were very spontaneous here,” she volunteers. “Jerrold is the type of director who doesn’t want anything more, or less, than the natural thing. If a scene came across as  too rehearsed, or if our reactions seemed unnatural, he would ask for a reshoot. He’s good that way.”

Lovi worked previously with both Paulo and Jerrold in the horror-thriller “Aswang” (2012). “Paulo is a very smart actor. He knows exactly what to say and how to say it,” she says. “I’m lucky that he’s very respectful of me as his coactor.”

The actress is excited to be participating in the Cinemalaya fete again this year. She appeared in the 2010 entry “Mayohan,” by Dan Villegas and Paul Sta. Ana. The project won a best actress trophy for her.

She refuses to feel pressured to surpass her previous Cinemalaya victory. “I’m just here to enjoy and hopefully give justice to the character I’m portraying,” she says. “Winning for ‘Mayohan’ was really unexpected. That was the last thing I thought would happen.”

On the small screen, Lovi is busy working on two drama projects—“Akin Pa Rin ang Bukas,” which will premiere on GMA 7 on July 29; and “Titser,” an original series that will soon air on GMA News TV.

“You will see a very different Lovi in both programs,” she says. “I’m trying to stay away from the sexy roles for a while. I’ve done so much of it, that it exhausts me.

Lovi hopes to draw from real-life experiences as she brings to life the character of Lovella in “Akin Pa Rin ang Bukas.” She explains, “Just like me, she struggles and refuses to give up until she fulfills her dreams.”

In “Titser,” she plays Michelle, a high school valedictorian from a poor barrio who dreams of becoming a teacher, but whose only option after graduation is to work as a housemaid. Her perseverance leads to unexpected twists.

“This has got to be the hardest role I’ve done. I’ve always loved my teachers, but I couldn’t really empathize with them until now. I salute them.”