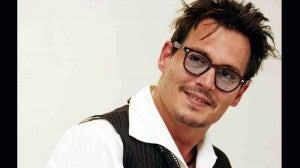 SIOUX FALLS, South Dakota — For months, questions have swirled about whether developers, activists or tribes would be willing to plunk down millions to buy a portion of the Wounded Knee National Historic Landmark. Now there’s a new potential buyer in the mix: Johnny Depp.

But is the star of “The Lone Ranger” really preparing to be the one who buys the property where hundreds of Native Americans were killed? Or is it just the latest rumor in the contentious debate over the landmark’s future?

Depp touched off the story when he told London’s Daily Mail newspaper that he is working to buy a piece of the landmark on the Pine Ridge Indian Reservation to give back to the tribe because it’s important to their culture. The site is where 300 Native American men, women and children were killed by the U.S. Army 7th Cavalry in 1890.

“I am doing my best to make that happen,” he told the newspaper of a possible purchase. “It’s land they were pushed on to and then they were massacred there. It really saddens me.”

Landowner James Czywczynski, whose family has owned the property since 1968, is trying to sell the 40-acre (16-hectare) fraction of the historic landmark and another parcel of the same size for $4.9 million. The two parcels of land have been assessed for $14,000. The sale has sparked outrage among tribal members who feel Czywczynski is trying to profit from the killing of their ancestors.

Since the interview was published last week, Depp’s been quiet, and there’s been no record of an offer made for the land. Depp’s publicist did not respond to repeated calls and emails seeking comment, while Czywczynski, who has said his goal has always been to get the land back to the tribe, did not return calls.

Oglala Sioux President Bryan Brewer, whose tribe lives on Pine Ridge, said he has not been contacted by anyone in Depp’s camp and was first notified of the actor’s interest when someone from England called him for reaction. Brewer said he and a group of descendants of Wounded Knee survivors are hoping to meet with Czywczynski soon.

The possibility of the celebrity purchase is generating debate in Native American communities. Some question Depp’s motives due to the timing of “The Lone Ranger” release, which debuted with a dismal $19.5 million in ticket sales on its opening weekend in early July. Depp, who plays the part of the Native American character Tonto in the film, has been accused of playing into stereotypes and misappropriating Native American culture. Tonto speaks broken English, wears a stuffed crow on his head and has a face painted with white and black stripes. Some Native Americans view the character as a parody.

Depp’s also been criticized for saying that he does have Native American ancestry, but he’s unsure if it’s Cherokee or Creek.

Besides its proximity to the burial grounds, the land includes the site of a former trading post burned down during the 1973 Wounded Knee uprising, in which hundreds of American Indian Movement protesters occupied the town built at the massacre site. The 71-day standoff that left two tribal members dead and a federal agent seriously wounded is credited with raising awareness about Native American struggles and giving rise to a wider protest movement.

Depp’s purchase of the land would be an easy answer for the tribe, Moves Camp said, but it would also be dehumanizing.

“It’s also buying into the idea that our ancestry and history have a price tag on them,” she said, later adding: “We have pride too. We’d rather it be done in an honorable way. I hope our tribe finds some way to buy the land back without outside help.”

For some descendants of those killed in the massacre, how the tribe gets the land doesn’t matter. What does is that the tribe gets it back, said Joseph Brings Plenty, a former chairman of the Cheyenne River Sioux Tribe who had several ancestors killed in the 1890 massacre.

Although the land sits on the Pine Ridge reservation, many of the descendants of the massacre victims and survivors are members of several different Lakota Sioux tribes.

“Honestly, I don’t think it would be a bad thing if Johnny Depp would purchase it with the cooperation of the tribes,” he said. What’s most important, he said, is that the land is preserved and an accurate account of what happened is shared with visitors through a monument.

Tribal members have disagreed over the years about how to commemorate the lives lost at Wounded Knee. While there is a small monument listing some of the names of those killed in 1890, some tribal members think a larger statue or structure is needed to educate the public.

Sonny Skyhawk, a Sicangu Lakota actor and founder of American Indians in Film and Television, said although he was not a fan of Depp playing Tonto in “The Lone Ranger,” purchasing the land would be a “great opportunity” for Depp to step forward and do something for Native Americans.

Read Next
Excesses compromise taut thriller
EDITORS' PICK
SM continues to send relief assistance to remote towns in Batangas
Batangas execs, Taal evacuees thank House; hopeful on rehab efforts
‘A greener, cleaner tomorrow’: A how-to guide for Filipinos who want to help with today’s energy crisis
5 years after Mamasapano, son of fallen SAF 44 trooper remembers his ‘idol’
Get exciting deals and discounts when you download the new McDonald’s App
PAL: Passengers with flights to parts of China may request for refund, rebooking
MOST READ
Taal’s sulfur dioxide emission increases
No time for revelry; Tagaytay instead plans for alert level 5
Dina Bonnevie on Coney Reyes: We have forgiven each other
Megan Young, Mikael Daez get married
Don't miss out on the latest news and information.