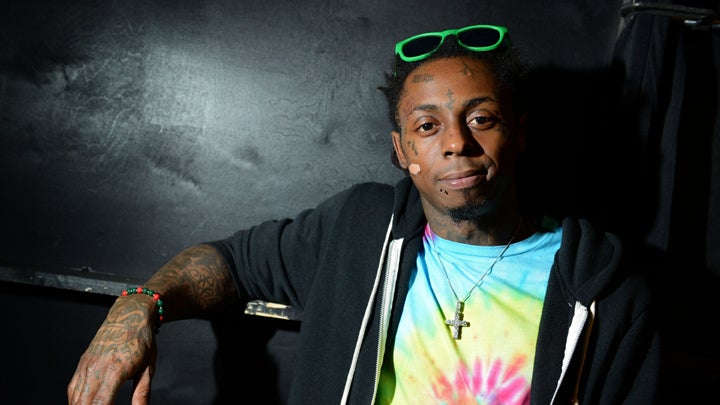 NEW ORLEANS — The teenage daughters of rappers Lil Wayne and Birdman are in New Orleans with their dads this weekend, but it’s the girls who are greeting fans and signing autographs at the Essence Festival.

Reginae (REH-jih-nay) Carter is the 14-year-old daughter of Lil Wayne, whose real name is Dwayne Carter. She collaborated with 16-year-old Bria Williams, daughter of Bryan “Birdman” Williams, on a teen novel, “Paparazzi Princesses.” It’s based on stories and characters inspired by their own life experiences.

“It’s about the ups and downs of having celebrity parents,” Reginae Carter said. “It’s about how we go through everyday drama like everybody else.”

They hope their book will inspire more teens to read.

“Every book is not everybody’s choice,” Carter said, adding that she likes the idea of book clubs, where teens can get together and read the same thing. “We hope they’ll read ours.”

The book covers the privileges and challenges of being teenagers whose fathers are hip-hop stars. The characters learn how to shuffle red carpet events, school, and relationships with friends and their parents while trying to find their own identities in the shadows of their famous fathers.

The girls signed copies of their book Saturday at the Ernest N. Morial Convention Center, where the Essence Festival is holding seminars on health, beauty, relationships and education.

The girls, whose dads have been friends and musical collaborators for years, said they have the same worries and stresses as most teenagers, including peer pressure at school, chores and family relationships.

Both said they’re also not immune to being punished just because their dads are famous.

“I had my phone taken away because I was talking on it too much,” Williams said.

“Me too,” Carter said, as she giggled with her friend.

The teens are scheduled to continue their book tour in other cities through the summer. They’re in Washington on Monday and Orlando, Florida, next week. But they have bigger plans when fall rolls around — a trip with friends to Disney World.

The girls, like their famous fathers, are originally from New Orleans. Bria now lives in Miami, and Reginae lives in Atlanta. “But we text each other all the time,” Carter said.

Williams said being in New Orleans for Essence is a much-welcomed homecoming.

“All my family lives here, and I get to see my cousins,” she said.