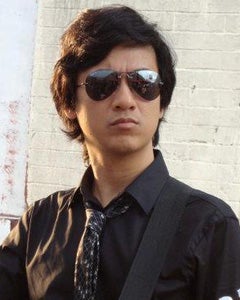 Just knowing that Ely Buendia is back in full swing and that his health seems to be better than it was a few years ago has really put a lot of us—who were around when the Eraserheads were at their peak—at ease. I remember the numerous health scares he has had in the last several years. One even happened after the first reunion concert of the Eraserheads where he collapsed onstage and was rushed to the hospital afterwards. For those of us loyal to OPM and respect everything that Ely Buendia has contributed to the local scene and the timeless hits he has shared with us listeners, the thought of losing Ely Buendia at that time was scary for me and it was something I don’t think any of us would have been prepared for. After all, here was a man whose music was the soundtrack in our childhood and teenage years. Had we lost the artist whose voice gave life to the Eraserheads would have been a crippling blow to the local scene and would also have been like loosing a pillar of OPM’s foundation.

That health scare was not only a wake-up call for all of us to appreciate local artists more like Ely Buendia but it even made some of his naysayers and detractors take back the unfair and fabricated things they had been saying about him over the years. I mean, what kind of person would you have to be to still hate or wish ill on someone who was already laying on the hospital bed? You got to reach a new low to do that or you just have to be one miserable person filled with envy. I, frankly, am sick and tired of all the negative things people are still telling me about Ely Buendia to this day. I have been hearing those “stories” since I was in high school. I mean, are these people “allergic” to popular individuals who are also successful and, more importantly, are influential in their chosen professional career?

Two sides to the 90’s sound

Even though I was only able to reach the tail-end of that great era, years later I did a lot of “backtracking” and rediscovering to fill up the few years I missed of the 90’s local scene. It was a common belief then that you really had two divisions to what made up the ideal 90’s local sound in terms of the type of bands. On one hand, it was the Hard-Rock of Wolfgang and Razorback. On the other hand ,you had the Pop-Rock of Eraserheads and Rivermaya. These were the two sides of what really represented the dominant sounds we were hearing in those key years. The best part about this was that it really didn’t matter on which side you were and were more in favor of. You just knew you were listening to these exceptional bands made up of superb musicians. In those days, I didn’t yet realize how impactful the music of bands like the Eraserheads would be to me later on in my life.

The first album I bought which no longer featured Ely Buendia as part of The Eraserheads, was that of a band called The Mongols and the title of the album was “Buddha’s Pest” released sometime in 2003. The Mongols was a hard rock band whose members came from different 90’s bands like The Teeth. Their tracks like “Bulakbol” which was the lead single of The Mongols was a perfect fit for the time and of the sound which was predominant in that period.

Still in the early 2000’s, not a lot of people knew that a female-led incarnation of the Eraserheads still existed for a relatively short time, minus Ely Buendia, of course. But this time, taking lead vocal duties was ex-Fatal Posporos member Kris Gorra on vocals. I was lucky enough to have been given a copy of that limited edition EP of the E-Heads by a classmate. This ultra rare EP wasn’t even sold in any record stores and was virtually impossible to find anywhere else except for the few times, I was told, it was being sold in their gigs. To the nitpickers, this event took place before they eventually changed their name to Cambio after the departure of guitarist Marcus Adoro. That limited edition EP of the E-Heads is one of my most treasured CD’s I have in safe keeping.

From the Mongols, Pupil, and now to the Oktaves

The Oktaves is a super group, of course. That is probably the most common word to give a fairly basic description of what the band is in a nutshell. But in my opinion, anything that Ely Buendia partakes of in music—whether it is forming a band or collaborating with other artists—it would seem he sprinkles his “magic dust” on it, and it just works out. He is that good, both as an artist and as a performer. Rightfully, the attention is given first to Ely Buendia. In the latest band he is now a part of, The Oktaves, again it repeats the trend of him surrounding himself with seasoned local musicians who he sees will not only complete the sound of the band but also with members who share the same vision he has to what the band will be to him and to listeners alike.

I think having the boys of Hilera as part of the Oktaves adds a dimension of spunk and energy that I first heard in the debut album of Hilera released in 2006. Though admittedly, I still miss the sound of Hilera in their first album. But growth is needed and a road that almost all musicians must go through. Bobby Padilla, Chris Padilla and Ivan Garcia are the agressive force behind the Oktaves—the muscle, so to speak. They are indeed very lucky and fortunate to be in the same band with the likes of Ely Buendia and Nitoy Adriano.

Nitoy Adriano from The Jerks fame adds that level of wisdom and experience I have been talking about. There are things that you can only acquire with years on the road and perfecting your craft. Nitoy Adriano embodies that in the Oktaves.

Leaving a mark of excellence

I think that deep down, most of us are still fans. We have all grown older and yet, we still listen to their music from time to time. The Eraserheads are timeless and that goes double for their classics. I still can vividly remember the very first time I bought a cassette tape of the Eraserheads and the title of their album was ‘Ultraelectronicmagneticpop’. That was in 1998 when I made the purchase at the now-defunct Radio City at the Alabang Town Center. To finally had been able to listen to their major label debut was a integral part in forming my musical tastes for anything that had to do with OPM. That indeed was one milestone of an album! And everything seemed to change after that album was released and I was just a few years late in discovering it.

Has there ever been a time that we haven’t heard an Eraserheads song being played? For me, they were the Beatles of the Philippines. I even have young cousins who are listening to their classics and are using their songs as a basis to learn the guitar. That right there is influence that has surpassed generations and will continue to be for many more years to come.