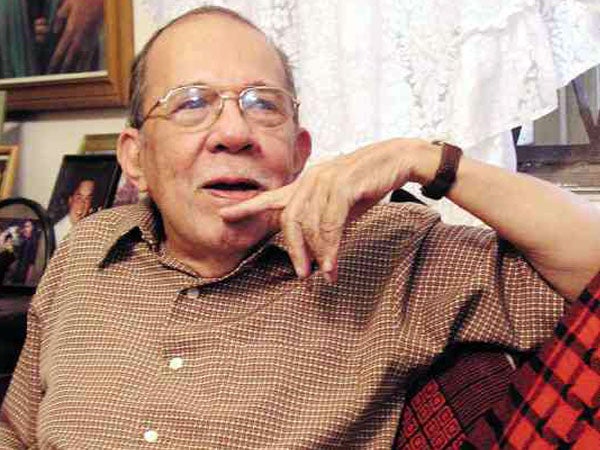 I’ve been a fan of Eddie Romero’s films since the ’70s, when I watched his highly charged and yet insightful drama, “Passionate Strangers.” After that, I was sequentially blown away by “Ganito Kami Noon, Paano Kayo Ngayon?,” “Kamakalawa,” “Manila, Open City,” “Intramuros,” “Banta ng Kahapon” and other mature films by Romero that proved beyond all doubt that his oeuvre was a cut above most of his contemporaries.

That’s why I was disturbed to learn some years ago that the acclaimed veteran filmmaker who gifted us with exceptional productions since the 1940s, had not been honored with the National Artist award for film and/or TV, even after several attempts on his backers’ part. It was an obvious injustice, so I decided to try to do something to rectify it.

Fortuitously enough, through no intentional effort on my part, I had become an “expert” on how the National Artist selection process worked. A decade before, I had been tapped to join the selection committee for the awards’ Broadcast category, and the committee members voted me chair—so, I was deemed qualified to move up to the next level in the process, where the various committee chairs vetted the surviving finalists from the different categories vis-a-vis each other.

Then, another fortuitous development happened: I was made a trustee of the Cultural Center of the Philippines, and thus one of the people who could actually vote in the final stage of the process!

So, quite by “cumulative” accident, in only a couple of years, I had seen the entire selection process work itself out in great detail—as a result of which, when I concluded that Romero deserved the National Artist honor, I had gained enough knowledge to help actualize it.

But, I knew that I couldn’t do it alone, so I tapped a few like-minded people who believed in Romero’s worth to mount a modest but effective campaign on his behalf.

Since past attempts had failed, we knew that there were people who opposed his bid, so we first listed down some possible arguments “against” him. We asked around, and it turned out that the “anti-Romero” group faulted him for the American “B” movies period in his career (before “Ganito Kami Noon…”), and for what they felt was the “poor technical quality” of some of his movies. We then proceeded to line up arguments against or overriding those quibbles—and the campaign was on!

—Well, after the long process had played itself out, not only had Romero finally been made National Artist for Film and Broadcast Arts, but he had won the biggest number of votes (by a wide margin) of all the “winners” during that cycle!

Our small “team” was very happy, of course—not for ourselves, but for Eddie Romero, who clearly deserved the top honor that had unfairly been denied him in the past.

Naturally, “our” bet was most appreciative—and, even better, we were not at all surprised when he turned out to be an unusually admirable National Artist, inspiring many younger filmmakers not just with his superior talent, but also with his unstinting productivity—making more films after he had become National Artist—and proving to everyone that genuine creativity and artistry keeps giving—and giving!

Even after Eddie’s recent demise, his visionary example lives on, and we feel gratified that we played a part in the process of enabling him to achieve the official recognition that he most richly deserved!

Read Next
Cherie Gil deserves a different thespic showcase
EDITORS' PICK
Notice of 2020 regular meeting of stockholders June 18, 2020
SM prepares for ‘safe malling’
Leveling up your ‘lutong bahay’ with the kitchen companion you never knew you needed
NBI, Immigration to join hunt for ‘underground’ medical clinics
2 Chinese nationals arrested in raid on another unlicensed COVID-19 hospital in Pampanga
P2.2 trillion in losses: Cost of COVID-19 impact on PH economy
MOST READ
Revillame tells Roque: ABS-CBN is in my heart despite being in rival network
NCR is ready for GCQ — Palace
LOOK: Robredo, Vico Sotto, check Community Mart ops in Pasig
Año: Quarantine passes not needed in GCQ, movement restricted to essential travel
Don't miss out on the latest news and information.