Italian visionary Leonardo da Vinci is a defiant and reluctant hero in the new drama “Da Vinci’s Demons,” created by David Goyer, screenwriter of “Man of Steel” and “Blade.”

An accessible merging of historical and fantastical exploits, the show depicts the innovator as an inquisitive but sometimes flaky fellow, able to craft some unheard-of inventions while seeking answers to his own life’s mysteries.

Leonardo da Vinci (Tom Riley), illegitimate son of a nobleman, is in his 20s, a brilliant “scribbler” scoffed at by those that underestimate him, but respected and beloved by friends from Florence’s thriving artistic community. 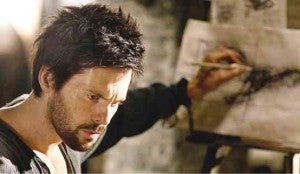 He persuades Florence’s ruler Lorenzo de Medici (Elliot Cowan) into making him the bustling republic’s weapon designer, suggesting that his abilities will be useful in the impending war with the city-state’s enemies. One of those looming adversaries is the Vatican, ruled by the corrupt Pope Sixtus IV (James Faulkner), whose bloodthirsty henchmen are tasked with controlling knowledge and silencing perceived enemies.

Lorenzo and Leonardo, however, are attracted to the same woman, the enigmatic Lucrezia Donati (Laura Haddock), who is spying on both smitten men for the Vatican.

“Da Vinci’s Demons” is lushly realized. There’s a vibe of artificiality emanating from its adventurous costume designs and set pieces, but they mostly enhance the fantasy-history scenarios, which are distinct enough to create a multifaceted Florence.

Leonardo, or Leo, is presented as an exasperating but undeniable genius who often saves the day—his keen detective skills and extensive scientific knowledge often debunking superstitious beliefs and fallacies. Rooting for him is easy, as the character expectedly manages to escape his various scrapes with ingenuity and foresight.

But just as alluring as Leo’s use of eidetic memory or his ambidextrous sword-fighting is his seemingly unending quest to decode his long-unsolved puzzles. Who and where is his mother? What trauma did his mind bury and is only partially recovering?

English actor Riley portrays the titular character energetically, mesmerizing with Leonardo’s dashing demeanor and enlightening outbursts, especially in the outstanding fifth episode, “The Tower.” In it, Leonardo addresses his sexuality, which is still being speculated on centuries later. The celebrated artist-inventor’s TV version certainly has its embellishments, but both real and fictional details blur into an amusing incarnation.

In the same episode, he aptly tells an outwitted enemy: “This is how history will remember you. Lies, truth—it’s irrelevant. The best story wins!”

Giamatti, known for films including “Sideways” and “Cinderella Man,” will star alongside Shirley MacLaine and the regular cast members in the drama that won a Golden Globe for Best Miniseries or Television Film in 2011.

He is just one of the new cast members to star in an eight-part fourth series that includes New Zealand opera singer Kiri Te Kanawa and follows the lives of the aristocratic Crawley family and their staff.

“We’re excited that Paul Giamatti will be joining us on ‘Downton’ to play Cora’s brother Harold, the rather free-spirited uncle to Mary and Edith,” Carnival Films’ managing director Gareth Neame said in a statement. 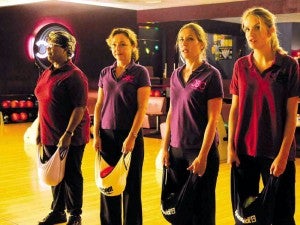 CATHERINE Frot, best actress nominee for the 2013 Cesar Awards,  stars as a Parisian human resources director who is sent to Carhaix, a community in Northwestern France, to reorganize a hospital where not enough children are born to keep the unit profitable.

Unexpectedly, she ends up befriending three local women who are determined to save the ward. Directed by French veteran director Marie Castille Mention-Schaar, join the adventure in the French comedy “Bowling” this June 30 at 9 p.m.

CinemaWorld is available in Metro Manila on Cable Link on Channel 301, and on an a la Carte subscription or through the HD Movie Pack of SkyCable on Channel 184. 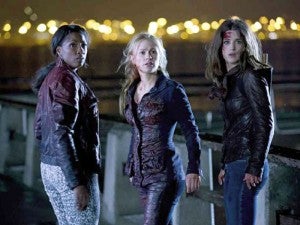 Mixing romance, suspense, mystery and humor, the show takes place in a world where vampires and humans coexist, thanks to the invention of mass-produced synthetic blood that means vampires no longer need humans as a nutritional source.

The 10-episode series introduces several jarring story lines that threaten what little sense of normalcy remains in and around Bon Temps.